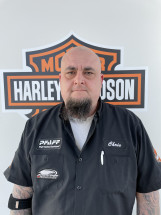 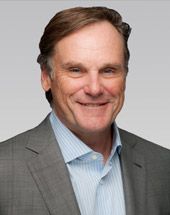 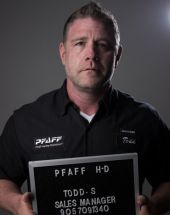 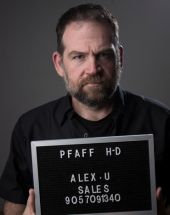 Alex has been with us helping customers fulfill their dreams of owning a Harley. He currently rides a 2017 Dyna Street Bob but his first bike was a 2012 Sportster Seventy Two. Since Alex was little he always dreamt of owning a Harley and now he gets to help others realize their dream, it’s what he loves most about working here. Alex is also the proud owner of the lifestyle brand Hustle Machine, which you may have seen in our store or online. If you’re looking for technical information on a Harley he’s your guy! 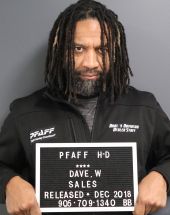 Dave is our unofficial amateur Actor/ Comedian. You might recognize David from our walk around videos where he looks a little happier than above. David used to ride sports bikes but once he switched to a Harley he never looked back. Now he rides a Blacked out Street Glide Special. 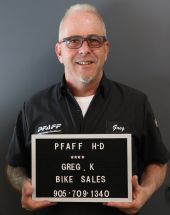 Greg's been riding since 1980 and just recently got himself a new Road Glide. He's finding it difficult to ride his new bike though, having to split his time with his 2 new grandchildren. When we asked Greg what he loves most about working at Pfaff Harley-Davidson, he told us that he loves helping people fulfill their life long dream of one day owning a Harley. We understand where he's coming from, it's really cool to see how excited our customers get when they get on their new ride for the first time! 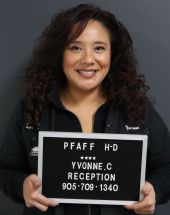 Yvonne is the beautiful voice you hear on the phone and the smile you see when you walk through the doors. Yvonne loves meeting all the different people in the motorcycle community and will strike up a conversation with anyone who walks in. She's going for her M1 test soon but until then she enjoys riding on the back of her husband's Harley and soaking up the scenery. She always jokes that she has 4 children through marriage, 2 daughters and 2 Harleys. 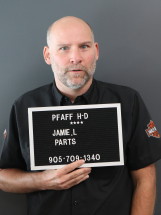 Jamie has 20 years of experience in the motorcycle industry and 18 of those at a Harley-Davidson dealership. He loves to mountain bike, quilt, cross stitch and hang by a bonfire. This lighthearted guy is only serious about 2 things, having fun and getting dressed to the nines. 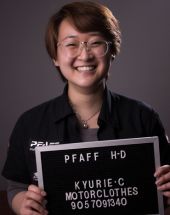 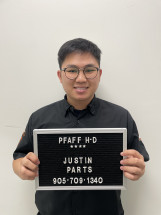 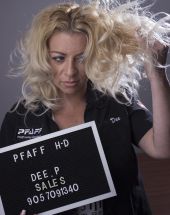 Her dad used to wrench bikes in the 70's, so naturally, when she was old enough she got her bike license and her first bike which was a Suzuki Maurader. Now, Dee rides a wicked CVO Vrod. Dee told us that the thing she loves most about working here is the sense of family she feels with both her coworkers and clients. She loves helping others realize their dreams of owning a Harley. Although Dee may have a tough exterior she's someone who wears her heart on her sleeves. We're truly blessed to have her on our team! 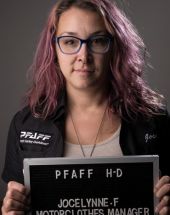 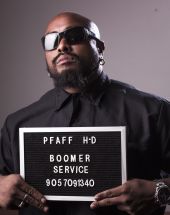 Jeff, aka, "Boomer" has spent 20+ years in the automotive and motorcycle industry and is as experienced as they come. When he's not keeping the service guys busy, he's usually helping customers with their maintenance a customization needs. Boomer loves to help people personalize their rides and is always willing to go above and beyond when someone has an emergency with their bike, which is where he got his nickname, "Brown Sugar." If you have any service or customization needs, Boomer's your guy! 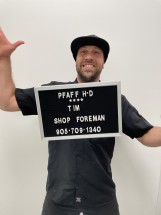 Tim has always been interested in motorcycles; he grew up with his dad and older brother, who both always had bikes. He’s worked with the Harley-Davidson brand since 2004, and has been riding since 1986, when he was four years old! Prior to becoming a Harley mechanic, Tim studied motorcycles and powersports at Centennial College, and has worked as an appetizer chef and a small engine mechanic. Tim enjoys mountain biking, exercising, racing motorcycles, and lounging by the pool. Having been born in Quebec, he speaks French as well. 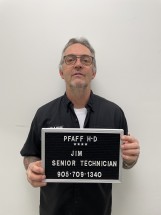 Jim got into bikes as a kid, first on dirt bikes, then…everything else. He worked in construction before doing his Harley training at MMI in Florida, following a passion that developed in his 20s. He loves going on long tours on his Harley, and loves riding dirt bikes and mountain bikes. 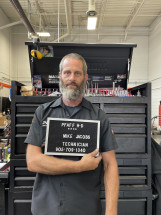 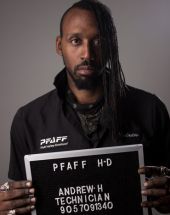 Andrew currently rides a 2002 Sportster XLC and is soon to be the proud owner of a 2002 Dyna Wide Glide. Andrew's a classic bike lover at heart but is excited about the new technology emerging in Harley's. When we asked him what he likes most about motorcycles, he told us that he likes the idea of strapping an engine to a human and watching them take off. 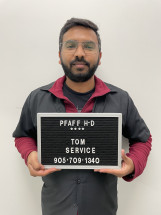 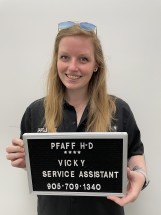 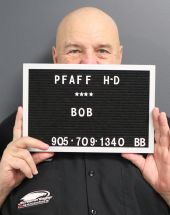